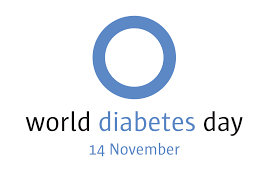 World Diabetes Day (WDD) was created in 1991 by IDF and the World Health Organization in response to growing concerns about the escalating health threat posed by diabetes. World Diabetes Day became an official United Nations Day in 2006 with the passage of United Nation Resolution 61/225. It is marked every year on 14 November, the birthday of Sir Frederick Banting, who co-discovered insulin along with Charles Best in 1922.

WDD is the world’s largest diabetes awareness campaign reaching a global audience of over 1 billion people in more than 160 countries. The campaign draws attention to issues of paramount importance to the diabetes world and keeps diabetes firmly in the public and political spotlight

The theme for World Diabetes Day 2020 is The Nurse and Diabetes. The campaign aims to raise awareness around the crucial role that nurses play in supporting people living with diabetes

New Year : Amazing Facts Part-3 They will blow your mind up

Most Stunning Facts About February!

SPACE EXPLORATION : Ten things you might not know about space

We are the revolution! We are the Youth! We know the importance of knowledge, so we are here to provide you with the best quality of articles and blogs.We are increasing the high-quality content on daily basis for you all. In addition, we have a fantastic factual collection of our WriteX Specials along with Month-O-Pedia . And yes , we assure you that we will always try our level best to keep up with your expectations.
Contact us: writexofficial@gmail.com
© WriteX Today
MORE STORIES
FACTIFIED November

WriteX - October 15, 2020 0
Even though the period of November is the last month of harvest time in the northern side of the...
Go to mobile version
%d bloggers like this: